The Beginning of Wisdom

The Beginning of Wisdom 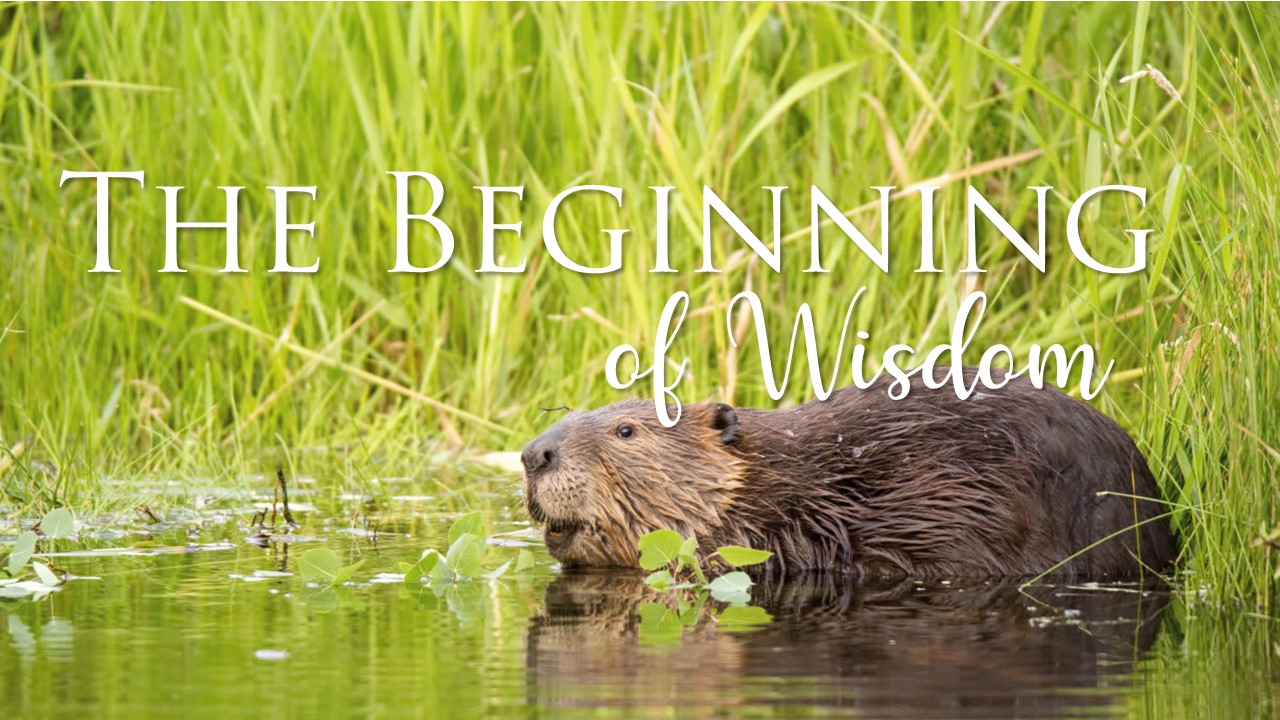 The fear of the Lord is the beginning of wisdom, and the knowledge of the Holy One is insight, Proverbs 9:10.

What did you come up with?  The longer I look the more, by the grace of God, I see.  Think about it.  You might argue that Joseph was a rags to riches story.  He began as daddy’s pet.  He went from pet to the pit.  From the pit to Potiphar’s house (as a slave).  From Potiphar’s to prison.  And, from prison to the palace (2nd in command of all of Egypt).

You might answer the question in this way: wisdom happened.  Dare we go further?  Dare we explore the path to wisdom?  It would seem that John’s words are fitting.  “He must increase.  I must decrease.”

Both Moses and Joseph appeared to possess a generous helping of pride.  And “in-between”, both of them were provided the opportunity for that pride to diminish.  Let’s call that pathway, humility.  You might say that Joseph was quarantined and that Moses self-quarantined.  There humility began to blossom even as their pride shriveled.

So, can we say that the path to wisdom is gaining a bigger perspective of your bigger God even as we discover that we “ain’t all that”?  It didn’t take much, did it?  A failed attempt to be a knight in shining armor in one case and some blood-thirsty brothers in the other case.  In either case, God was leading each one down the path of wisdom.  Joseph declared that God meant it for good, (Genesis 50:20).

A few  years ago, my wife and I were visiting our son and daughter-in-law in Mississippi.  They lived on a small lake, so of course we went fishing.  I was using my wife’s fishing rod and reel when the lure I was using got hung on the bottom out in the middle of the lake next to an island.  In an attempt to free the lure, the rod tip separated from the bottom section of the rod.  You guessed it, we were higher than the lure.  So, the rod tip traveled down to the lure out in the middle of the lake near the island.

It was suppertime.  So, I left the rod and reel and ate supper with my family.  Priorities!  Upon returning, as the sun was setting, I decided to wade out (the lake was only about 5 feet deep and muddy!) and retrieve the rod tip with the lure.  Oh yeah, there are beavers in the lake.  I don’t know anything about beavers!  So, out I waded.  Once in the middle of the lake I was relieved.  I had the lure and the rod tip intact.  I liked the security of the island.

That’s when I heard the slap of a beaver’s tail on the water.  I’ve read that is what beavers do to frighten their enemies.  It worked.  Yes, I was still out on the island in the middle of the lake at dusk!  No, I didn’t want to leave the security of the island to walk through that murky, muddy, beaver-infested water to return to my son’s yard!  And yes, my son googled “beaver attacks on humans” and reported to me (did I tell you that I was still out in the middle of the lake on an island?!) from the safety of his yard, that beaver attacks were on the rise!

Here’s the point.  I liked the security of the land on either side of the water.  But, I had to go through the in-between to get there.  Wisdom comes in the in-between.

How is God teaching you wisdom in the in-between?

A Teapot in a Tempest

The Heavens Declare the Glory of God!

A Teapot in a Tempest

The Heavens Declare the Glory of God!