That All The Earth May Know

That All The Earth May Know 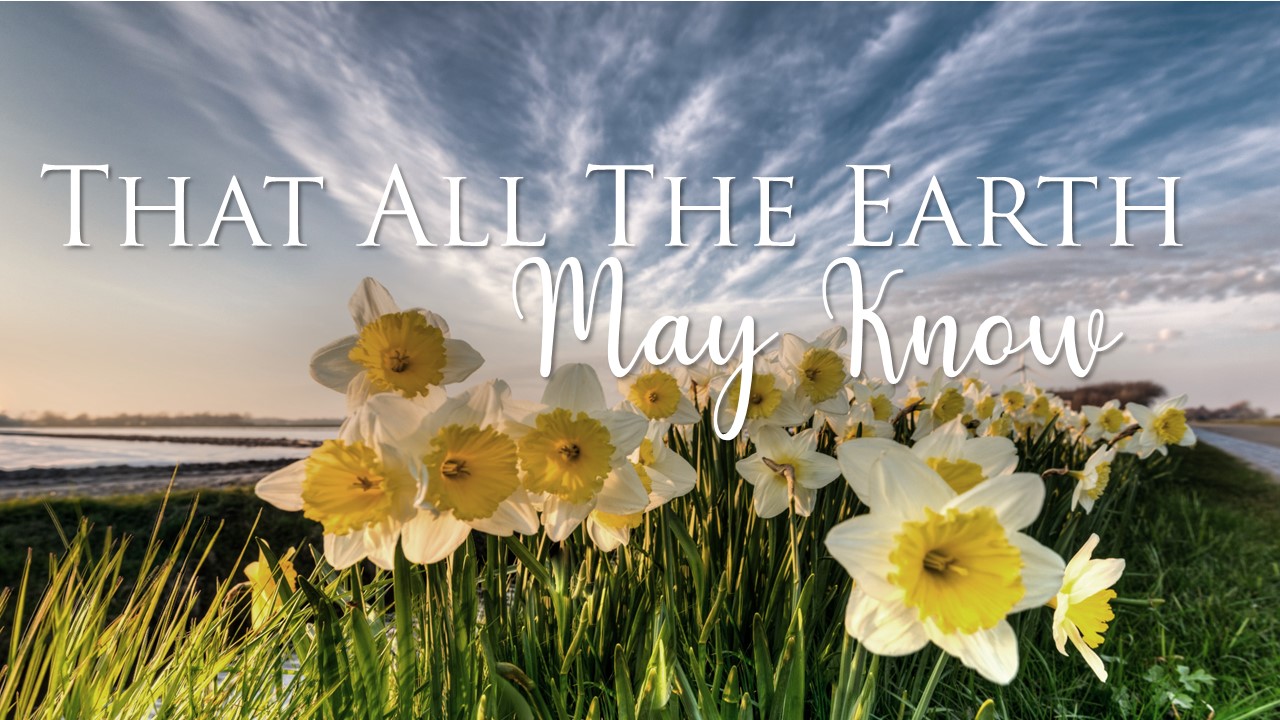 Those are not uncommon words.  Solomon used similar words in his benediction as they celebrated the ark of the covenant being brought into the temple, (1 Kings 8:60).  In the showdown on Mount Carmel, Elijah prayed, answer me, O Lord, answer me, that this people may know that you, O Lord, are God, (1 Kings 18:37).

That all the earth may know,
Pastor Karl