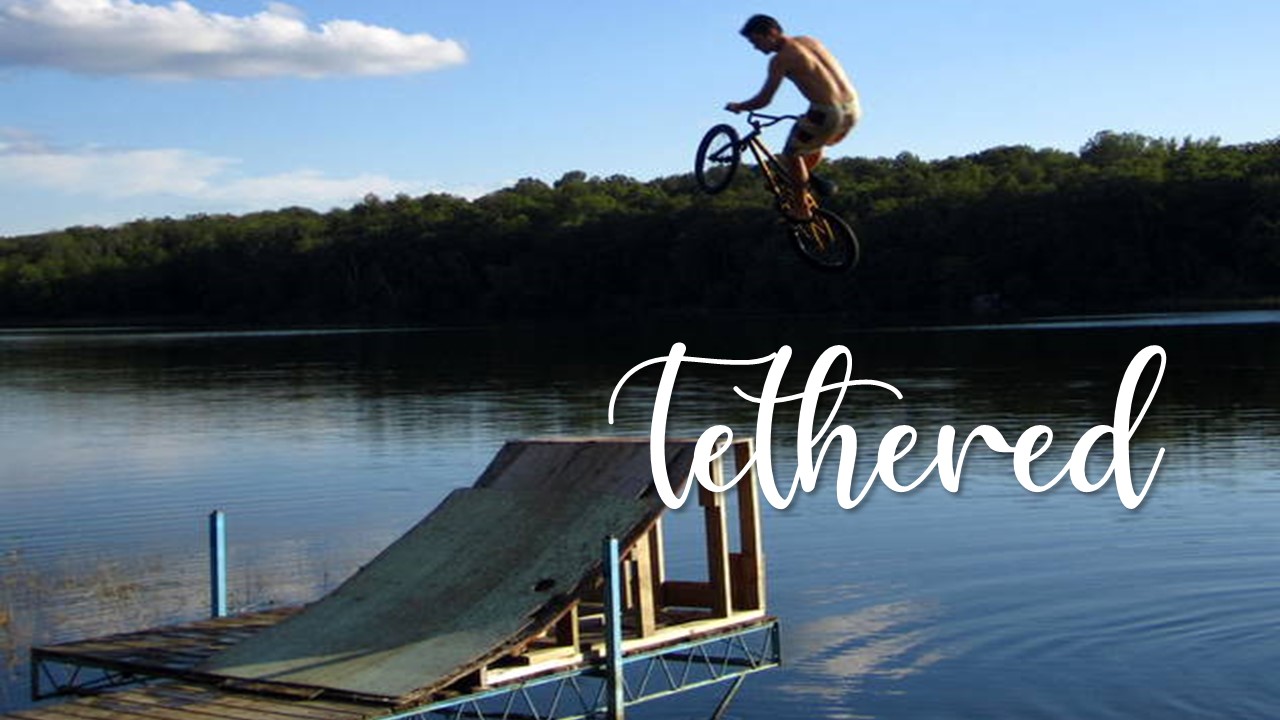 I am the vine; you are the branches.  Whoever abides in Me and I in Him, he it is that bears much fruit, for apart from me you can do nothing.  (John 15:5)

So, it’s on an inlet in the Meadowland of Scull Bay in Linwood, New Jersey.  East Seaview Avenue dead ends onto Seaview Dock.  Well, for most people, it dead ends.  But for three young brothers and their friends with few cares in this world, the dock wasn’t a dead end.  Instead, it was a runway!

See, Seaview Dock was shaped like a capital “T”.  The leg of the “T” formed a perfect runway for one small red bicycle.  And, peddling like a cat falling off a table, we would ride until we ran out of lumber and then sail into the Meadowland!  What a thrill for a gang of adolescent boys!  (Maybe girls too.  I don’t know.  There weren’t any on the dock.)

I know what you’re thinking.  One and done.  I mean, the bicycle is in the Meadowland! Gone!  Right?  Wrong.  Although we weren’t the smartest racoons in the attic, we did think far enough ahead to tie a rope around the bicycle and anchor it to the dock.  (Some adult probably told us that would be a good idea!)

It occurs to me that entering each new day is akin to peddling a bicycle off the Seaview Dock for any number of reasons.  There were currents in the inlet in the Meadowland.  If you aren’t tethered to someone else, you are at the mercy of the cultural currents surrounding you.

The inlet was deep, deeper than adolescent boys could swim to retrieve a bicycle.  The pits of this world (for instance: disappointment, discouragement, despair, despondency) are deep, deeper than mere mortals can swim.  You get the idea.

And, can you imagine the facial expressions on the gang of boys when they realized that the bicycle wasn’t connected?  That it was gone?  “Oh, somewhere in this favored land the sun is shining bright, the band is playing somewhere, and somewhere hearts are light; and somewhere men are laughing, and somewhere children shout, but there is no joy in Mudville.”

And then, get on your bicycle and ride!  No fear.

Peddling like a cat falling off a table with a wide-mouthed grin,
Pastor Karl