Taking Him at His Word

Taking Him at His Word 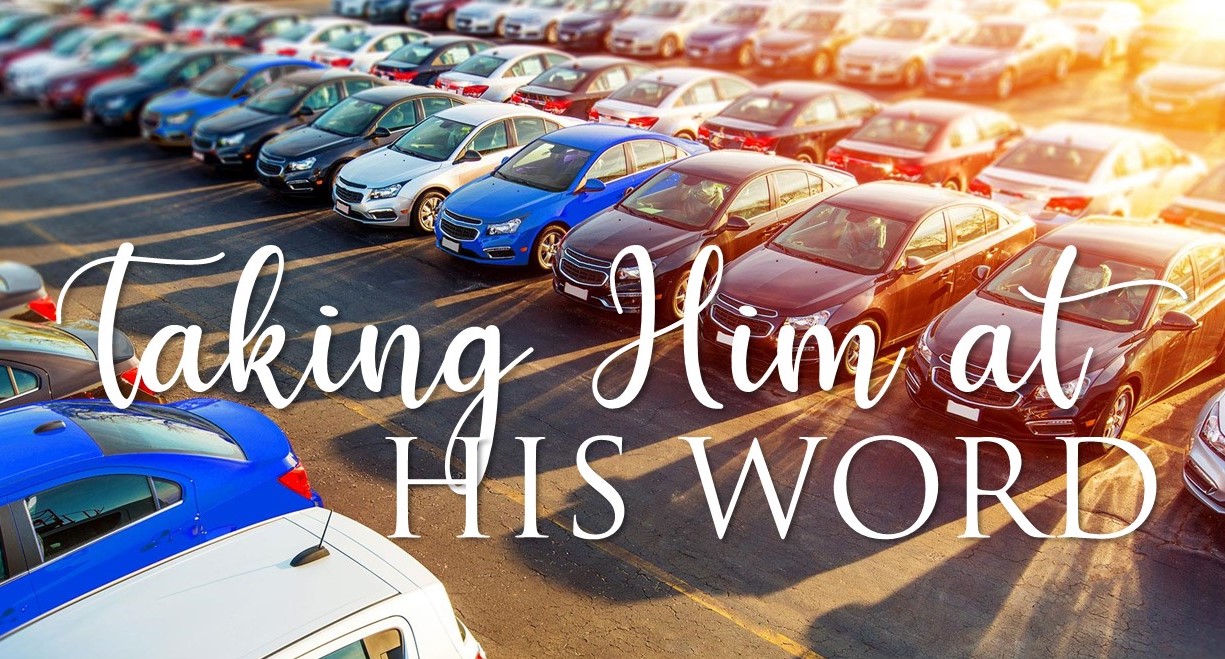 “Taking Him at His Word”

And now, O Lord God, You are God, and Your words are true, and You have promised this good thing to Your servant, 2 Samuel 7:28.

The Cambridge dictionary defines the word “reservation” as “an arrangement in which something such as a seat on an aircraft or a table at a restaurant is kept for you.”

So then, I guess it’s not really a reservation?!  Don’t be silly!  He could make a reservation.  It just might not be reserved!  Wait.  Did I miss something?

My friend had no confidence in the rental car company.  In fact, he didn’t reserve a car that might have been reserved…or not!  In my lifetime I’ve watched the Word of God mean less and less.  I’ve listened: “Well, the Word of God can be interpreted in so many different ways; well, that verse was written for people way back then; well, God didn’t really mean that; or, that doesn’t really apply to me!”  Yikes!

Taking Him at His Word,
Pastor Karl