Pray With Your Eyes Open

Pray With Your Eyes Open 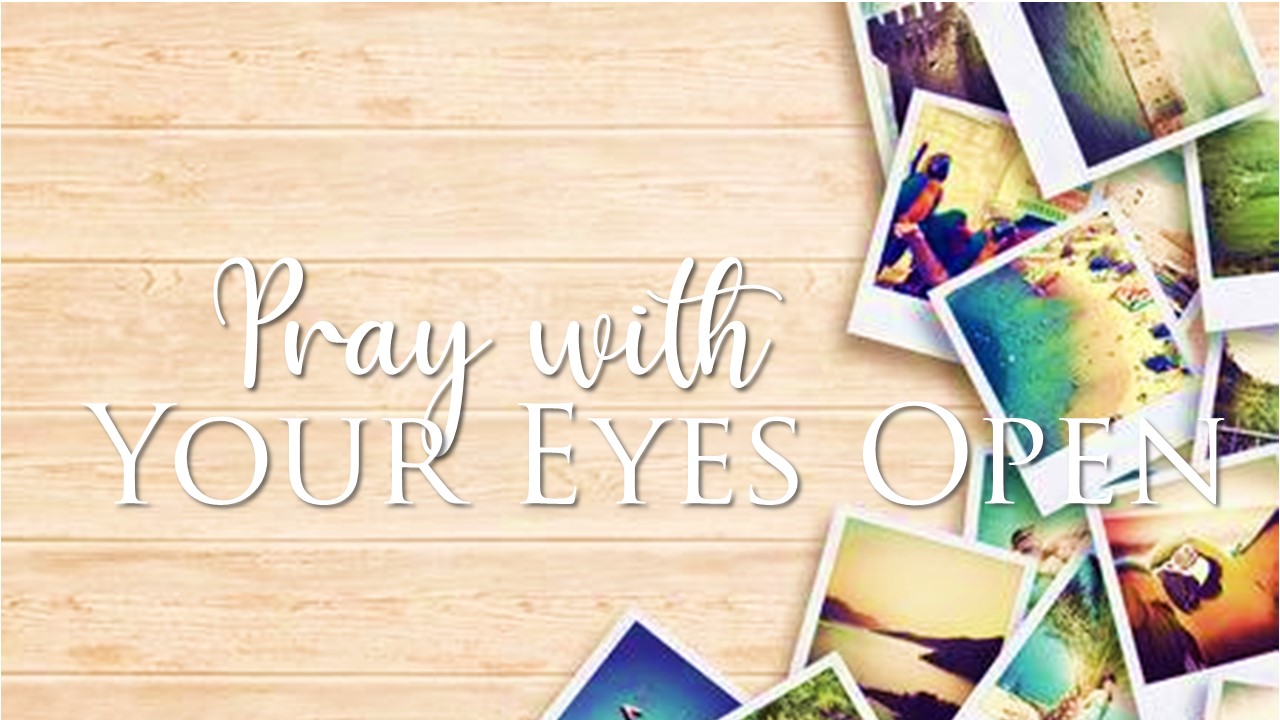 Continue steadfastly in prayer, being watchful in it with thanksgiving, (Colossians 4:2).

Let’s flip through the photo album of God’s Word.  Can I point out three pictures in the album?

Naomi urged her daughters-in-law to return to their people.  Orpah did.  Ruth didn’t.  Listen to Ruth’s reply: “Do not urge me to leave you or to return from following you.  For where you go I will go, and where you lodge I will lodge.  Your people will be my people, and your God my God,” (Ruth 1:16)

What a picture of what it means to be steadfast!  God calls us to the same determination when it comes to prayer.  Are we as persistent in our prayer life?  Do we cling to our God in prayer with the tenacity of Ruth?

The disciples went with Jesus to Gethsemane.  Peter, James, and John went with Jesus farther into the garden.  It was there that Jesus told His disciples to watch with Him.  It’s hard to watch when you’re asleep.  I know, they certainly had reason to fall asleep.  But Jesus had called them to watch, (Matthew 26:38).

Although we may model the behavior of the disciples in Gethsemane, God calls us keep watching.  If our eyes are on our God, it is easier to see what He is doing.  How many are the prayers that He has answered that go unnoticed simply because we are suffering from “highway hypnosis”?  Are we asleep at the wheel?  Since God is omnipresent, are you watching what He is doing at home?  At work?  In our state?  In our country?

One more thought?  Isn’t it interesting that Paul, an imprisoned free man (He wrote Colossians from prison!), asked for an open door to share the Word, to declare Christ?!  Could it be that God has “locked us up” (synonym: quarantine) so that we might be free to share His Word, Christ Jesus?!

Practice being steadfast in prayer.  Keep watching.  Give thanks.