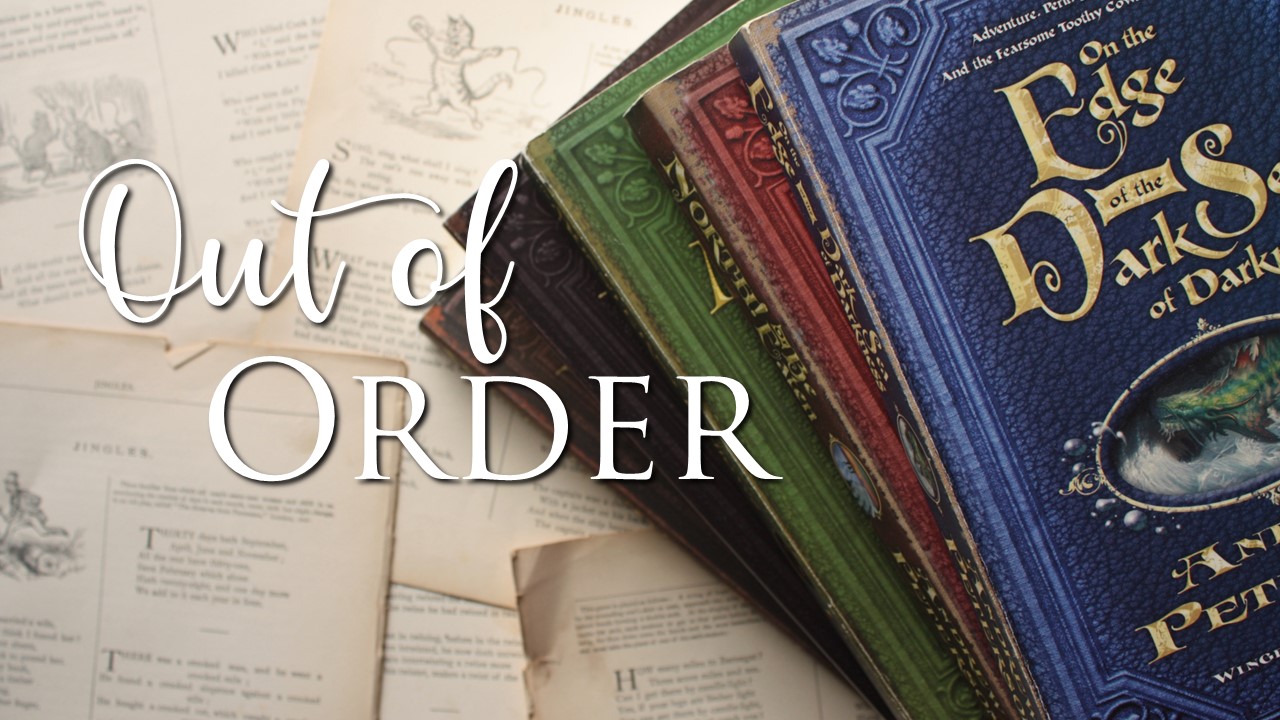 Trust in the Lord with all your heart, and do not lean on your own understanding.  In all your ways acknowledge Him, and He will make straight your paths, Proverbs 3:5-6.

“Out of Order”.  Don’t you hate it when the snack machine that holds the key to your happiness disappears behind a sign that lets you know the Snickers Bar dispenser is not working properly?!

My wife and my daughter were after me for some time to read Andrew Peterson’s The Wingfeather Saga.  How could I not?  Andrew Peterson, himself, was reading it live online during the pandemic.  People were even comparing his writing to Lewis’s The Chronicles of Narnia!

So, I did.  Book one.  Consumed.  Book two.  Devoured.  Books three and four wouldn’t be released until the middle of September!  What?  I had to wait more than a month?!  And then the unthinkable.  Because of the pandemic, the release was pushed back until October 6.  You’ve got to be kidding me right now.

So, preorder, I did.  Today I received notification that one of the books that I preordered was shipped, seven days early!  Yippee!

Wait.  Just one?  Ok, you guess which one was shipped.  That’s right.  Book four!  What about book three?  So, you’re telling me that I will receive book four as a painful reminder that book three isn’t here yet?  That’s out of order!

Don’t you just hate it when God is out of order?

Like when He whittled down Gideon’s army from 32,000 men to 300 men before sending them into battle with a whole bunch of Midianites (Judges 7).  And the Midianites and the Amalekites and all the people of the East lay along the valley like locusts in abundance, and their camels were without number, as the sand that is on the seashore in abundance, Judges 7:12.

Like when He waited for two days after receiving news of Lazarus’ illness (John 11).  John 11:5 says that Jesus loved Martha and Mary (Lazarus’ sisters) so when He heard that Lazarus was ill, He stayed two days longer.

Do you ever feel like God is out of order?  Closed for covid?  Too preoccupied for politics?  Uninvolved in the details of your life?  Please hear me say that God is never out of order.  Know that God is always in order.  His order.  Not necessarily ours.

God’s order is always good.  He is good.   And, His character determines His order.

In His order,
Pastor Karl