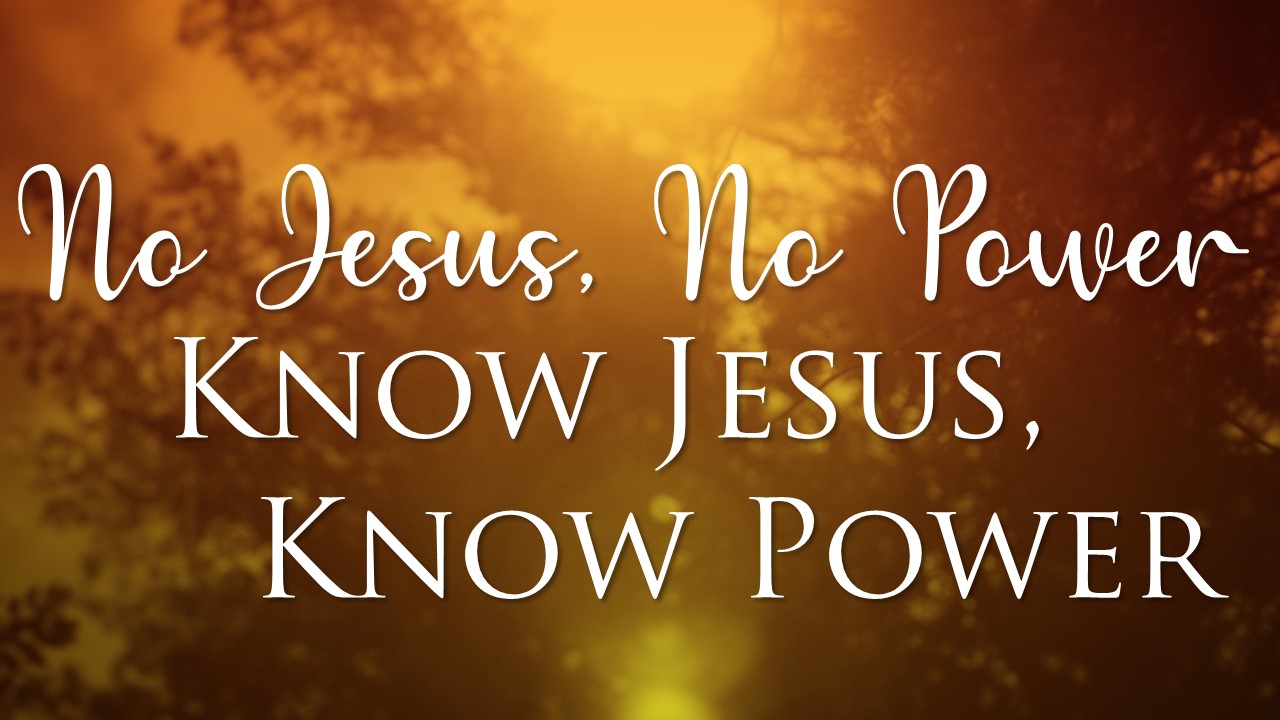 As we look back on the final days of Jesus before His cruel crucifixion, we find a glaring contrast in the Gospels.  Matthew paints the scene, "Gethsemane" (Matthew 26:36-56).  In that Garden of Olive Trees Jesus poured out His heart to His Father.  The disciples fell asleep.  Judas showed up to betray his Master with a kiss.  Peter had an altercation with the servant of the high priest, the one where Peter surgically removed the servant's ear.  Jesus did not swoop down to save His own life.  Instead, He practiced plastic surgery on the servant of the high priest!

And then?  Then it seems obvious that things weren't going according to the disciple's plan.  They could "read the olive tree leaves".  Jesus was about to be taken away.  Then what?  Watch what happened next.  Then all the disciples left Him and fled, (Matthew 26:56).  Without Jesus, fear rules.

Don't think so?  Peter followed at a distance, (Matthew 26:58).  In the courtyard of the high priest, Peter denied Jesus three times.  Peter had three opportunities with different people to tell them about Jesus.  But Jesus had been taken from Peter.  He was alone in the crowd.  Without Jesus, fear rules.  No Jesus, no power.

Fast forward a short period of time.  In Acts 4 Peter and John upset the religious leaders.  This time Peter was arrested and put in custody, not Jesus.  In front of the religious leaders, Peter said, Jesus Christ of Nazareth, whom you crucified, (Acts 4:10), and he boldly proclaimed the gospel!

Well, you'll have to go to John 21 to read about his encounter with the risen Jesus.  Suffice it to say that the Peter of Acts 4 knew Jesus in a new way.  And, when you know Jesus, you know power.  Peter wasn't powerful.  His Lord is!  Powerful?  Yes, powerful to the tune of thousands believing in Jesus, (Acts 4:4).

How well do you know this Jesus?  How is His power being manifested through you?