Listening for the Chimes

Listening for the Chimes 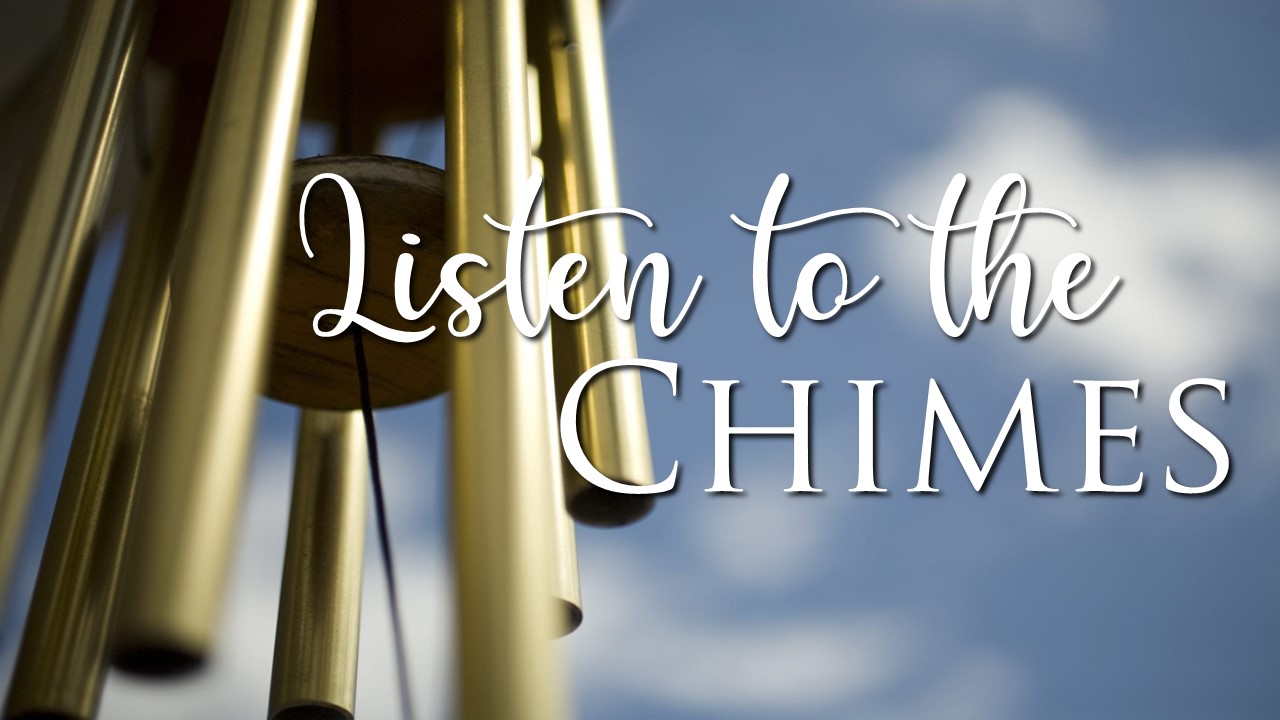 And as they were stoning Stephen, he called out, “Lord Jesus, receive my spirit.”  And falling to his knees he cried out with a loud voice, “Lord, do not hold this sin against them.”  And when he had said this, he fell asleep. (Acts 7:59-60).

Bong, beng, bing, bong…oh sorry, I was just rehearsing the sound of Cyndi’s Christmas present.  She wanted chimes.  So, hanging from our porch are some rich baritone chimes.  They often just quietly hang out (“hang out” – see what I did there?!).  On a still day you probably wouldn’t even know that they were there.

Oh, but when the wind begins to blow, those chimes can produce a magnificent sound.  All it takes is just a little wind and their sound fills the air.

Stephen was surely a strong baritone chime.  Only mentioned eight times in the Bible (all in the book of Acts), his life draws us in.  But, it is in his death that Stephen’s life rings so loud and clear and magnificent!  His lips proclaimed the Son of Man at the right hand of God.  His heart rang out with the richness of forgiveness.  Even as his life was slipping away, He offered himself to His Lord.  With the wind of each hurled stone, his chimes released their magnificent notes.

So let the wind blow.  The adversity of the wind in your life affords the opportunity for your chimes to sound.

Acts 6 informs us that Stephen was full of faith and the Holy Spirit.  He was full of grace and power.  Can the same also be said of us who are in Christ Jesus?  I think so.  But, why can’t we hear the chimes?  Maybe we just need a little wind.

Think about it.  Instead of seeing the wind (adversity, temptation, broken relationships, suffering, difficulty) as something to hide from, maybe we need to harvest the wind that the sweetness of Christ might be heard even through us.

Listening for the chimes,
Pastor Karl