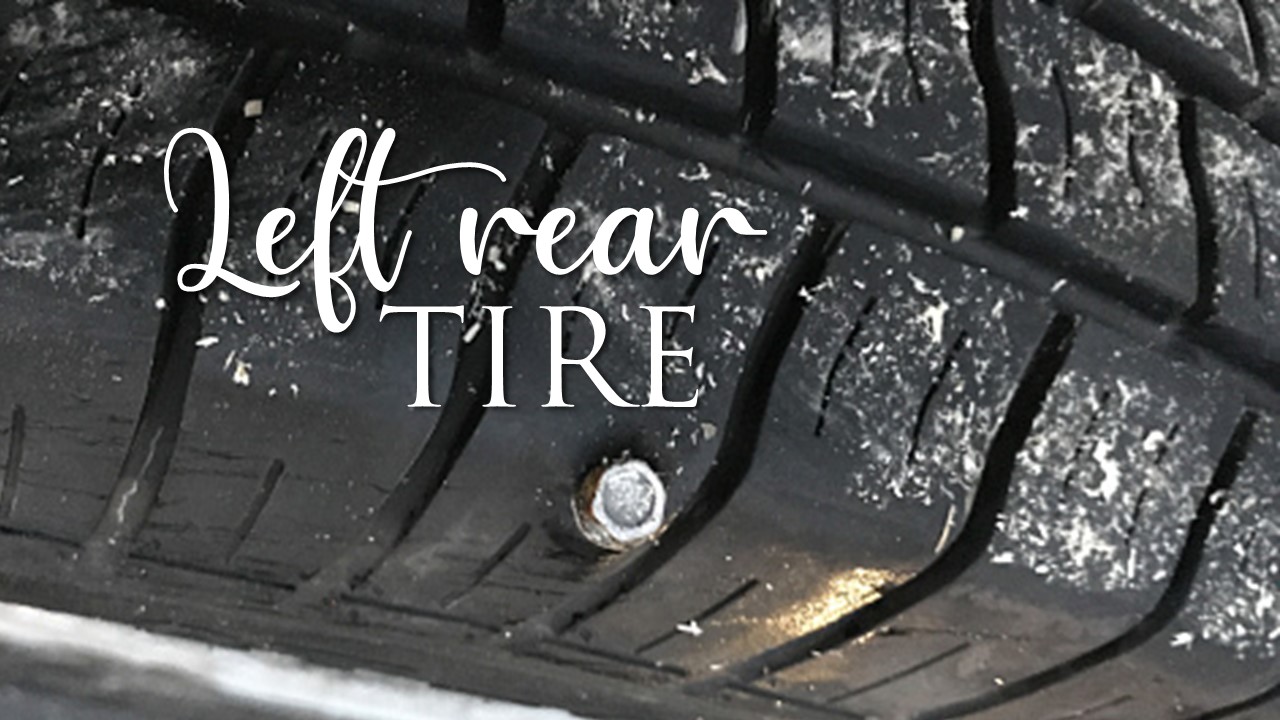 As far as the east is from the west, so far does he remove our transgressions from us, (Psalm 103:12).

It all started with the TPMS.  What’s that, you might ask?  The Tire Pressure Monitoring System.  Apparently, I can search through the dashboard settings on my truck and see the exact air pressure in each of my four tires.  Useful information when the temperatures drop, air becomes denser, and tire air pressure heads south.

So last week, low pressure “issues” captured my attention.  With a pump, the problem was swiftly remedied.  Feeling good about an easily resolved “problem”, I quickly moved on.  Right?  Old TPMS was once again quiet.

Until this morning!  Left rear tire?  Eighteen pounds of pressure!  What’s the big deal?  It was only down 50%.  Out with the pump.  In with the air.  Gone was the resolution.  Arriving at the office, I inspected the, you guessed it, left rear tire.  And there it was.  The nerve!  A Phillips head screw smiling back at me from the tread of my tire.  Just in case you don’t know, it wasn’t part of the original equipment.

See, the problem wasn’t a lack of air.  The problem?  There was an intruder providing an escape route for the air.  Adding more air was only a Band-Aid.

Sin is an intruder.  It has to be removed.  John the Baptizer declared:  “Behold, the Lamb of God, who takes away the sin of the world!”  (John 1:29).  What a painful process for our Christ!  He removed our sin!  It’s replacement?  The righteousness of Christ.  He pulled out the intruder removing it.  And he filled the hole with His righteousness!

Stop what you’re doing just for a moment and thank Jesus for removing your sin!

The Eyes Have It