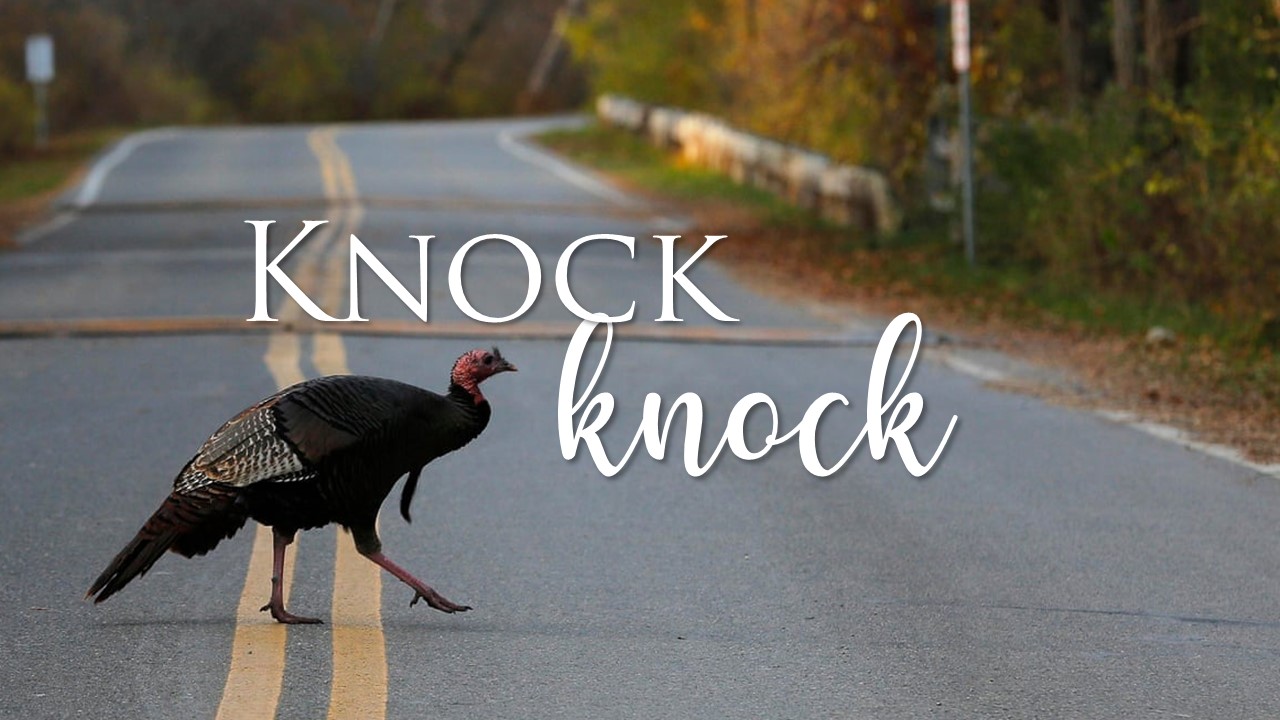 But Peter continued knocking, and when they opened, they saw him and were amazed, (Acts 12:16).

All of us have experienced the surreal, right?  Jimmy lived out a long dirt road between Ridgeway and Winnsboro.  He missed the school bus one morning. So he asked if I would give him a ride to school.  After I picked him up I asked if he ever saw any turkeys around the house?  “No”, was his answer.

Seconds after his answer, in the road ahead, a turkey (a gobbler at that!) appeared!  It turned toward us and walked straight to us!  We were in a car!  The car was running!  The windows were slightly open!  We were talking out loud!  When the turkey arrived at the car, he walked all the way around the car looking in the windows!  I felt like we were under investigation!

Yes, those were all exclamation points!  I could hardly believe what was happening!

After Herod the king had Peter arrested and put in prison, an angel of the Lord appeared and set him free, (Acts 12).  Peter left prison and went to the house of Mary.  There, some of the disciples were praying.  Peter showed up.  They’re response?  Nuh-uh!  They couldn’t believe it.

Makes me wonder what God is up to that we dismiss with “that doesn’t make any sense”.  Could it be that God is in the real and that we have normalized the surreal?  So what is it that our God is doing that we have such a hard time seeing?

It would seem to me that a healthy dose of expectation would serve us well, a healthy expectation that is built on the truth that God is real and that He is at work accomplishing His desire.

Don’t fall into the trap that God is on pause, that we need to get beyond the coronavirus in order to see God work again, that God isn’t doing anything right now.  He is!