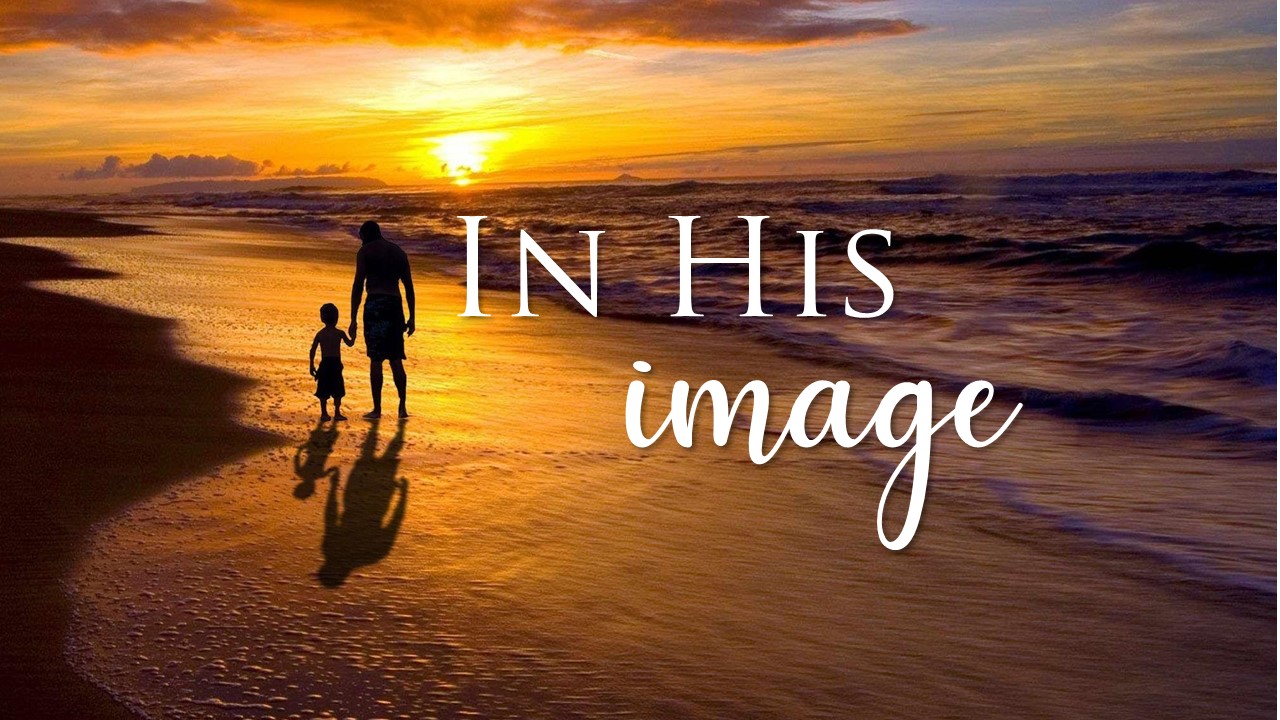 So God created man in His own image, in the image of God He created him; male and female He created them, (Genesis 1:27).

I still remember one of my teenaged sons fresh home from a haircut.  He stepped into the half bathroom downstairs in our house.  There the reflection in the mirror overwhelmed him.  I was just around the corner in the kitchen when I heard these words, “Dang it, I look just like you!”

And what about the description, “spittin’ image”?  Where did that come from?  I did a little research online and came up with some of these early quotes:

I guess that sounds better than the Norwegian: “Som snytt ut av nesen paa” (“as blown out of the nose of”)!

Isn’t it interesting that God designed His world so that there would be similarities between children and their parents?  Sound familiar?  Of course it does.  God invented the whole design when He created us in His image.  Think about that for a minute.  You reflect the very image of our God!

Rather than attempting to define all that it means to be in the image of our God (I’ve got a whole class for that), may I just remind you that your true identity is rooted in the truth that you are a reflection of the image of Almighty God?

Let’s face it, all identity (real or imagined) is rooted in something:  our accomplishments, our external appearance, the places we’ve visited, the wins and losses of “our” team, our possessions, and more, or less.  The identity game is more like a roller coaster ride.  Those descents can make you sick to your stomach!

Add this thought: but God shows His love for us in that while we were still sinners, Christ died for us, (Romans 5:8).  And this: But to all who did receive Him, who believed in His name, He gave the right to become children of God, (John 1:12).

Did you hear that?  In Christ, you are a child of God who bears the image of God!  There’s your true identity!  That’s who you are!

In His image, His,
Pastor Karl

The Power of His Word

The Power of His Word