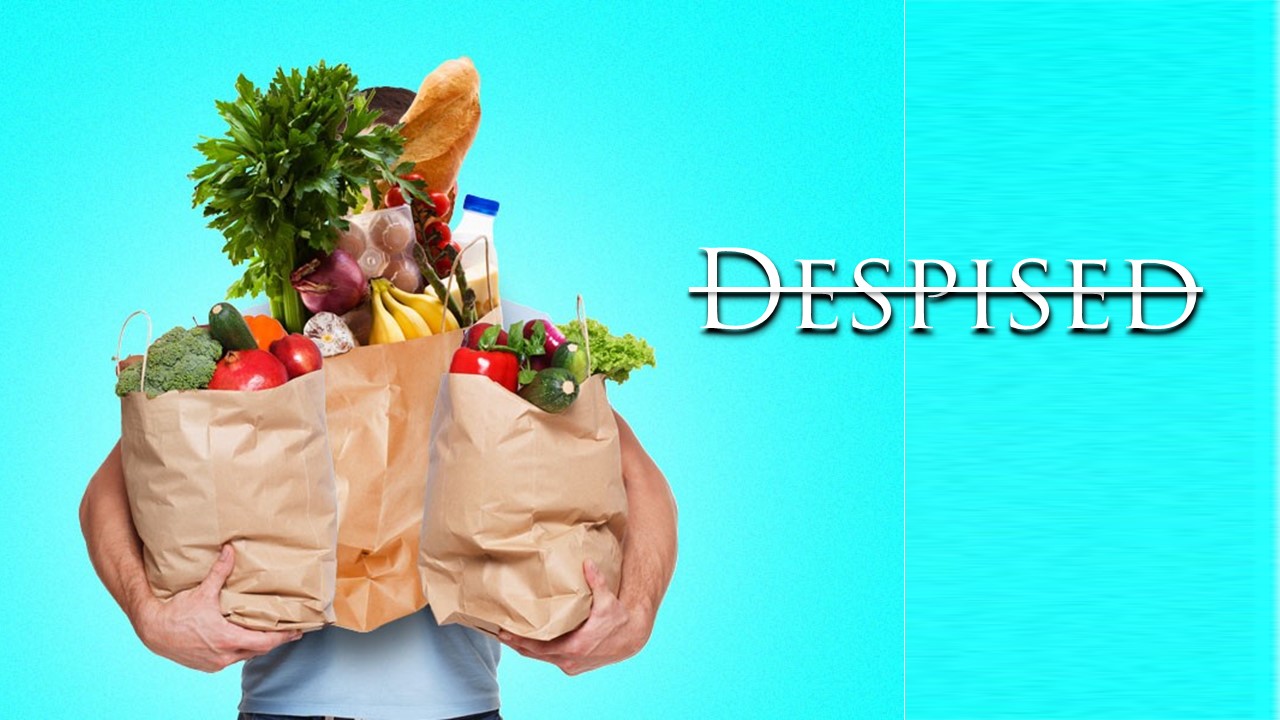 Then Jacob gave Esau bread and lentil stew, and he ate and drank and rose and went his way.  Thus Esau despised his birthright, (Genesis 25:34).

On my way home from the office I risked life and limb to be the hunter, gatherer for my bride.  I suited up and entered the jungle otherwise known as Walmart.  It was a successful harvest.  I arrived home with six or seven grocery bags of bounty and with virtually nothing left in my wallet.  Like any worthy hunter, gatherer, I carried all of the bounty from the truck to the kitchen in one trip.  What’s the point of saving your back only to have to make two or more trips?!

Well, the back door was locked.  Hmmm (insert long pause for contemplation of next move).  Wisdom prevailed (kind of).  And, based on previous malfunctions, I carefully set down the bags held in my right hand.  So far so good.  Patient wisdom would rule today.  As I attempted to unlock the back door, the bag with three glass bottles of soda leapt off the wooden back steps in search of the concrete garage floor.  They found it!  They say that two out of three ain’t bad?  I’m here to tell you that when the two are the ones that found the garage floor.  Two out of three is bad!

In disgust, I held the two sodas (or at least their shattered glass bodies) in utter contempt.  I declared an executive order and counted the pieces as worthless.  You can find what’s left of them in the trash can under the sink in my garage.  You’re welcome to them, both of them.

Esau despised his birthright.  Wow!  So, the significance of being the first born, a God designed gift, was declared worthless.  It was only worth soup and bread.  In other words, Esau determined that he didn’t care to accept God’s order.  He was willing to trade it in and move on.

Does that cause you to ponder?  Does it give you pause?  Like, what gift from God, what order by His design do I count as worthless, of no real value?  And, am I willing to trade His design, His order, His gifts, even His salvation for something of little or no eternal value?

Don’t do it.  Don’t despise your birthright.

In Him,
Pastor Karl